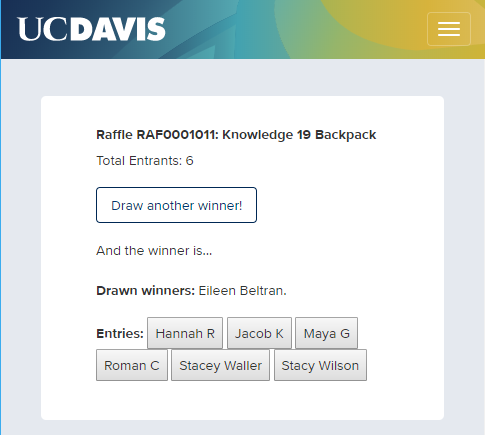 For the 2018 UC Tech conference, there was a need for a raffle application that would:

And just so happened that no such thing existed for our immediate use. I was presented the problem and within a day I had a working concept and within another day we had the full application up and running and being used live at the conference.

A month later we wrapped it up nicely and released it for use by anyone at our university.

The application is open-sourced and can be found at earlduque/ServiceNow-Raffle on GitHub.